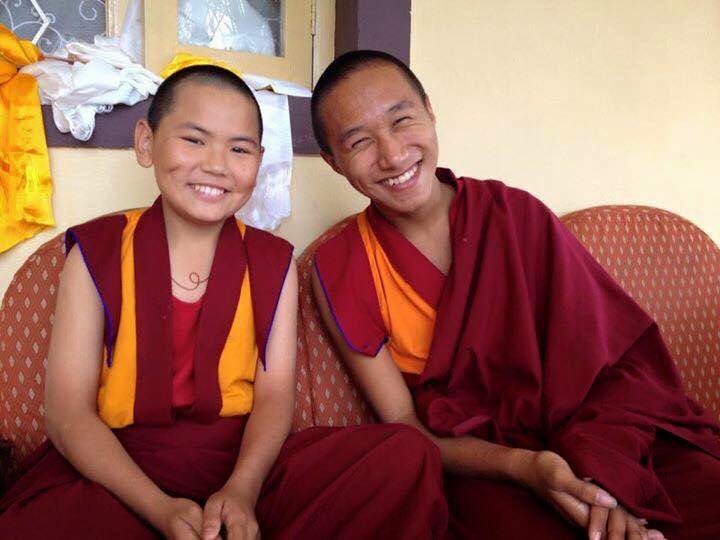 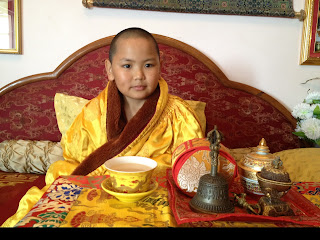 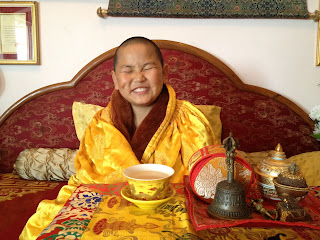 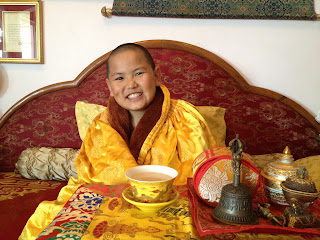 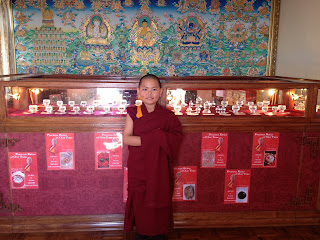 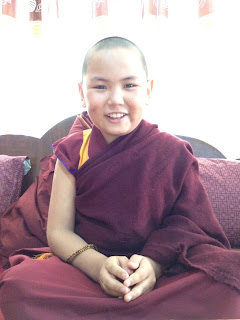 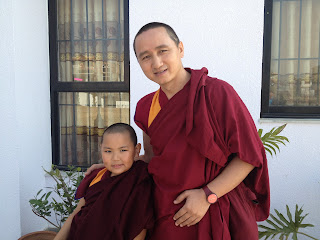 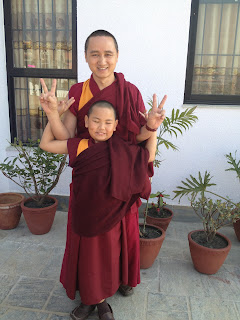 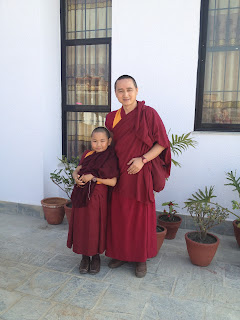 
Phuntsok Rinpoche is currently in perfect health and not only is Rinpoche doing very well in his studies and daily practices, he is also very happy and energetic like usual.

Rinpoche is currently in a perfect environment to concentrate in his studies and practices. As for myself, after my daily routine of sending Rinpoche to and back from school, I engage in open deity yoga retreat sessions. The place where we are staying is indeed the perfect and conducive environment for me to serve guru with guru yoga practices as well as engaging in the intended retreats. As for my retreat boundaries, I abstain from any form of communication via emails / Facebook except for during break between each sets of retreat.

I sincerely apologize to those who have written to me but was unable to reply.


I would like to ensure to everyone who has requested my prayers during your difficult times and those who hope for prayers and spiritual help in future, even though I could not response to your emails promptly but my daily prayers are always with you. The sole purpose of continuing my retreats is for the long life, good health, prosperity and enlightenment of all noble beings and in particularly to those who needed my spiritual assistance.


With much prayers and happiness,
Geshe Zopa :-)


Tashi Delek to all,

I am extrremely pleased to update that Phuntsok Rinpoche is in perfect health and enjoying his studies as usual. He has received Yamantaka initiations and commentaries on Lam Rim from his teacher Jangje Choje Kyensure Losang Tenzin Rinpoche during the 2012 Monlam Festival recently.

Phuntsok Rinpoche takes very seriously his daily practices and very much enjoy his studies too.
He always said no holiday is better as he loves attending schools than having holidays.
I witnessed Rinpoche doing early morning meditation by himself with much happiness and great inspiration. He also put great joyous effort to do all his daily commitments of those initiations and teachings received.

I asked if he got bored or tired doing long commitment prayers and mantras after his long day in school and his reply  was "I enjoy doing my prayers as much as attending schools". It was indeed a very inspired conversation with him.

He often mentioned to Ven Ani Chodron that doing daily commitment prayers happily is extremely important for our spiritual realization. He occasionally jokes with Ven Ani la that doing commitment practices is as yummy as eating Pizza!!! Hahaha...

I apologized for the late update on Rinpoche's annual Monlamn prayers offerings. My sister Ven Losang Drolma had arranged offerings to all Sanghas who attended this year Monlam prayer festival at Kopan Monastery in March . As usual, the merits were dedicated for the long life of His Holiness the Dalai Lama and all the gurus & peace and enlightenment of all beings and also to all Rinpoche's students and friends around the world. This year Phuntsok Rinpoche's Monlam offerings and prayers are also specially dedicated for the long life and perfect health of our most respected guru Kyabje Lama Zopa Rinpoche, swift return of Khensur Rinpoche's reincarnation & peace and freedom for  the Tibetan people.

In the coming days, Phuntsok Rinpoche will be committing full time in his academic general studies until he joins Sera University in a few years time. Appointments will be made for those who wish to see Rinpoche's during his school holidays in Kopan Monastery.
Once again thank you very much to all. 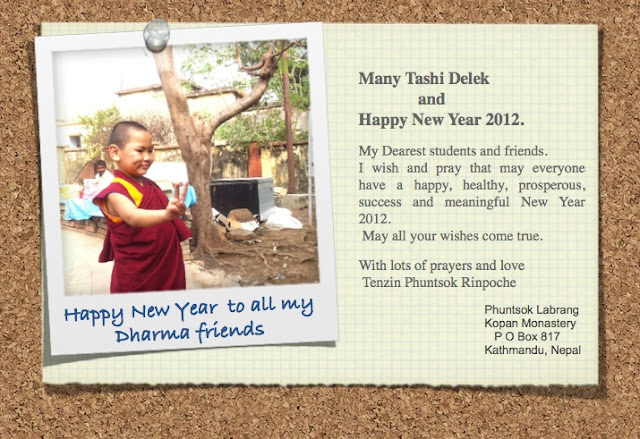 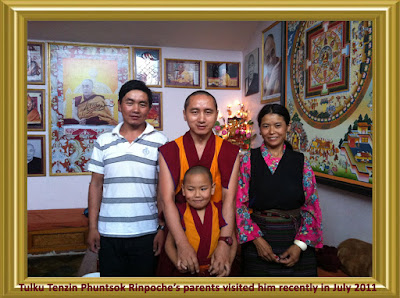 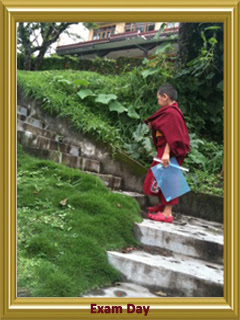 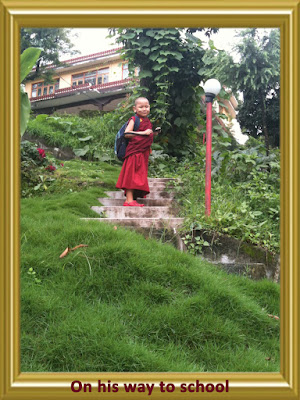 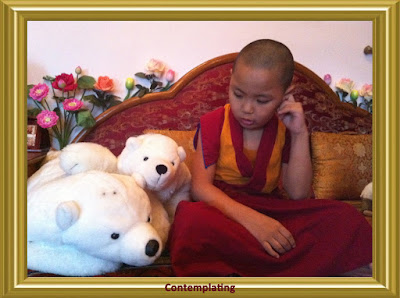 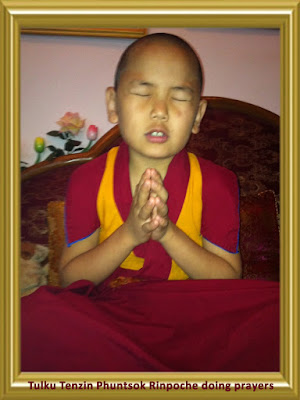 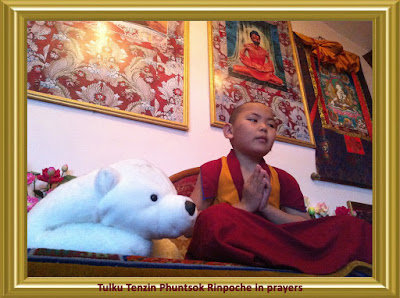 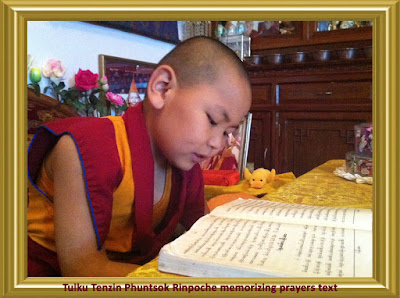 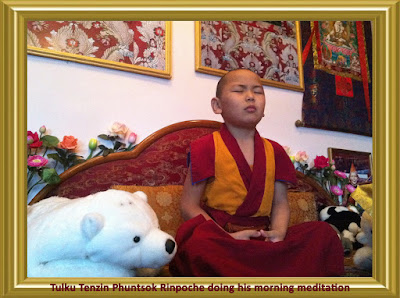 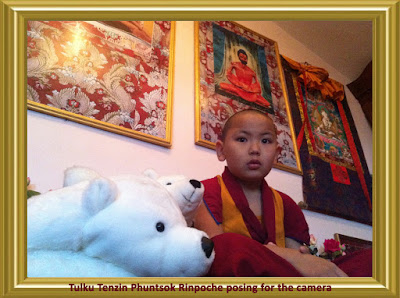 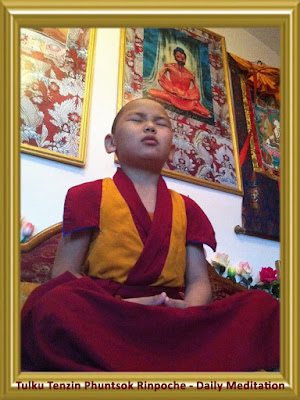 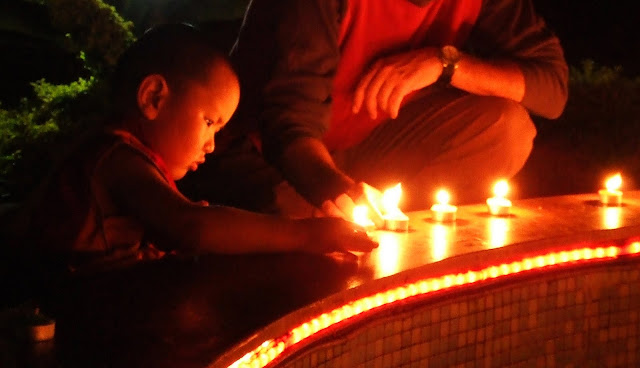 Rinpoche will be making offerings of food, tea, lights and money offering to the thousand over Sanghas during Monlam (Great Prayer Festival) in Kopan Monastery in Nepal on the 15th of the first month of Tibetan calendar which is the 19th March 2011.


Rinpoche will dedicate this charitable offering for the good health, long life and fulfillment of all the wishes of all the Buddhas, Boddhisatvas, gurus and virtue beings, he will also dedicate to all the students and friends and all sentient beings for their good health long life and prosperity and realization on the paths and grounds of enlightenment. Rinpoche specially would like to share this extensive merits to all the victims of Japan earthquake and tsunami, as well as those victims suffering because of world conflicts and natural disaster.


Rinpoche request all students and friends to dedicate their prayers, merits and have loving compassion to all suffering beings.

With lots of prayer